Home page › The history of the Thury Castle

The history of the Thury Castle

The beginning of our urban history is intertwined with the history of Pusztapalota, the construction of the citadel located in the Bakony began in the beginning of the XIV. century, presumably after 1326.

Mikós Konth received from King Louis the Great the Újlaky estate with the right of wearing the name Újlaky. His son, László Újlaky Konth inherited not only a large fortune at his father's death, but also carried on his important functions. Since the castle was not really expandable due to the terrain conditions, in the XIV. the second half of the century the Újlaky family raised himself a more spacious, comfortable residential building than Bátorkő.

The most valuable and still intact remained part is the old palace part, which is unique in the whole country, with its secular wall frescos, stone windows and edge facades. The excavation and demolition work carried out in 1989 provided an opportunity for the original facade the stone-framed windows and two rosal windows to become more visible, this way the decorted facade of the palace presents us today beautiful memories of the past.

The castle of a regular ground-plan and four corner towers was dominated by the Újlaky until 1524 - their extinction - , who were one of the largest landowner family of their age.

The buildings highlighted as border castles were very diverse. Knight's castles, fortified manor houses, monasteries and even churches were among them. It is not surprising that the rectangular castle of Palota, with its four towers and large courtyard has also been designated as a border castle, like several castles in the transdanubian region. In addition to the features of the building the geographical location was advantageous, at the foot of the Bakony because of the protection of the gateway Várvölgy the castle of Palota got a huge role, this is why it had a priority role within the Hungarian border castles.

In addition to the construction works to a border castle they had to fence off the permanent Turkish attacks. During the great constructions, approximately at 1554 appeared the most famous Turkish defeater, György Thury.

Thury was one of the greatest figures of the heroic life of Hungarian border castles.

On 5th June 1566 Arslan Pasha prepared for the great attack with strength and determination, many well-equipped fighting tools, guns, and nearly 8000 people. On the Sintér-mountain and on the Kopasz-hallgató hills the two-tailed Turkish flags, lances, cannons just swarmed, the preparedness of the Turkish side was awesome. From the nearby border castles Thury collected helpers, but not more than two hundred people were altogether in the fighting army.

The most glorious period of the Palota castle were those thirteen years of 1554-1567, during which György Thury defended its walls. Palota's castle, transforming into a major border castle resisted the Turks. The prowess of Thury was also written by Count Miklós Zrínyi, the poet and military leader grandson of the Szigetvár castle's defender, in his epic Szigeti veszedelem.

The Palota castle and the corresponding property István Zichy could take into use in a degraded state after 1687.

After 1690 the lord of the castle, count István Zichy started the residential repatriation of the area after a quick reconstruction, helping to restore the lives of the inhabitants of the settlement. He gave free land cultivation, free migration, free land selling, free grazing, and the locals could use wood from the surrounding woods free for heating and housing construction. However, this peaceful prosperity was followed from 1703 until 1711 by additional fights.

After the 1711 Peace of Szatmár the fighting subsided, and the Palota castle also became more quiet.

Traditions, legends linked to the castle

According to tradition, King Matthias also was here as a guest of the family Újlaky. The castle is therefore often referred to as Újlaky-castle, after the just king's friend and owner of the castle, besides the term Thury-castle for the famous defender captain of the castle in Turkish times.

Closely linked to the history of the castle is the belief that on 11th December 1476 Beatrix prepared in Palota castle for her next day's wedding with King Matthias and the queen's coronation in Székesfehérvár. It is important to note also that in order to prevent Ulászló from being crowned, the Hungarian coronation regalia and crown had been brought to Palace castle from Buda Castle, but Beatrix sent the Black Army to regain the crown. As János Corvin did not want to become king at the expense of victims, he handed over the crown and thus abdicated the throne. 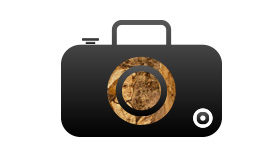 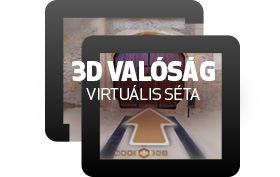 Opening hours of the Thury Castle: